Huzza! Only Two Months in between this time!

Neck Blenders for Men
First.. because there has been many.. many requests…I FINALLY got the Neck kit updated for men! It now includes 1 neck size and 3 neck blender options for menfolk.
http://slpoweredbyomega.com/instructions/instructions-omega-neck-stub/

Head Updates: In an attempt for a more intuitive design, I’m experimenting with a new method of Makeup Application. I’ve started updating select heads and kits to react to the “HUD” and “ALL” buttons by bringing up a popup for you to select where to apply a texture.  Theoretically, this should reduce the need to use the routing hud and help folks who just sorta blindly click. 🙂 (Since all buttons on the applier will either apply the texture in the default areas or bring up a popup!)

Full Perm Kit Changes:  Well.. it looks like Full Perm Heads are going to be more and more of a thing, so after talking with Customers, Creators and my Minions I’ve decided to make a change in the pricing Structure. Before, to reflect the Added work of keeping such a kit secure and providing Customer Service for it, I set the price at 299L for the Meli Imako Kit as well as the Safy Belle One.   I’ve decided to change this as to not punish end users. Instead there is now two kit editions for each of these products and future products like them.

Well…. it took 2 years.. and giving up completely.. but I did it… I found CK Winx! (Rather he found me.. ) For those of you who aren’t 100yo in SL years, that’s the creator of Phat Azz, not the first mesh booty, but the one that really launched them into the mainstream. You can still find TONS of appliers for it on the MP and every booty had its’ own instructions for converting them!

And now, with CK’s help and permission, I’ve updated the Generic Router to convert allll those Phat Azz appliers into an Omega Ones.
https://marketplace.secondlife.com/p/Generic-Router-for-Omega-Heads-v21/7337832

Simply make sure you are wearing the router when you use the phat azz applier.

And if you want to make a permanent applier for yourself instead, I’ve also updated the Applier Converters to listen for Phat Azz as well. 🙂
http://slpoweredbyomega.com/instructions/omega-advanced-applier-converter/

Cause I know it’s what you all want…
Not sure what bento is? Read “What you should know about Bento” ! 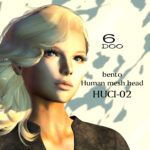 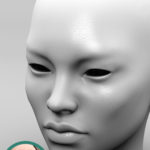 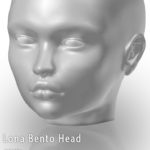 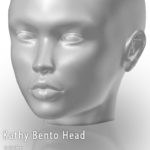 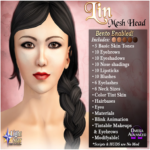 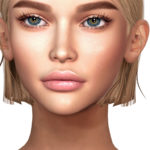 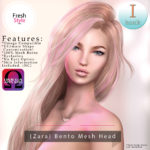 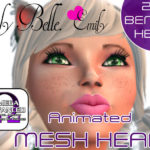 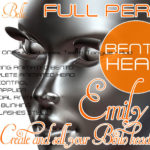 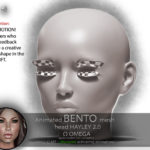 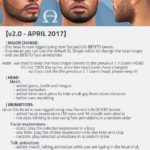 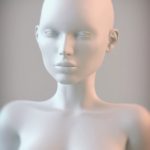 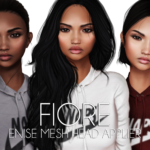 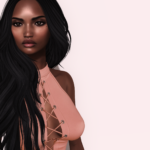 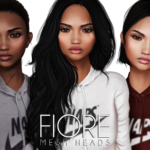 Fiore
Fiore has dipped their toes into Omega by adding an Omega Friendly Hairbase Layer to their Bento Mesh Heads!
http://slpoweredbyomega.com/instructions/instructions-fiore/

Ikonik:
Ikonik has added an Omega Friendly Head to their Store!
http://slpoweredbyomega.com/instructions/instructions-for-ikonik/

Lelutka
Lelutka has released another Mesh Bento Head, Cate, along with some new animations for their heads!
http://slpoweredbyomega.com/instructions/instructions-lelutka/

One by one Mesh Bodies have been adding Bento to their Mesh Hands.
Maitreya, Gianni, Yabusaka, Tonic and more all have all added Bento to their Hands.
If you’ve not gotten an update for your Mesh Body Lately,
I strongly recommend going and checking, you may have a pleasant surprise waiting for you.

If your Body has not updated, or even if it has, you have some options! 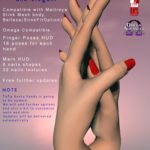 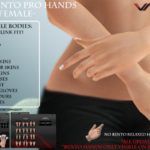 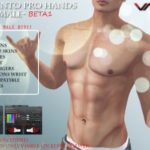 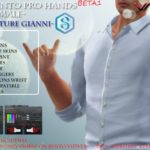 Slink: No big surprise, Slink has released bento hands for both Men and Women. What was a surprise, to me at least, is if you already have Slink Hands, you can visit a redelivery terminal to pick a pair of bento ones!  🙂  For Full Details visit their Blog:  Dynamic for Men, Dynamic for Women
http://slpoweredbyomega.com/supported-meshes/omega-system-kit-slink/

If you don’t have one of the listed bodies, still try a demo! Especially the ladies! Most Mesh Bodies have wrists that are slink-fit!

While we’re talking about hands, we should also talk about Nails! Another Reason you might consider adding stand-alone bento hands to your look is that BS and Empire have been hard at work making Nail add-ons for Tutys, Slink, Vista and Maitreya!

BS Nails: If you have Tuty Hands, BS has made some lovely Long Coffin Nails for you!
http://slpoweredbyomega.com/instructions/instructions-bs-nails/

Empire: Empire… went a little overboard… in a Good way! To date, she has 5 Shapes, Square, Coffin, Almond, Stilleto and Claw each in 3-4 lengths! That’s 19 different options, each fitted them for Slink, Vista and Maitreya!
http://slpoweredbyomega.com/instructions/instructions-empire-nails/ 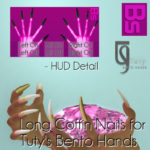 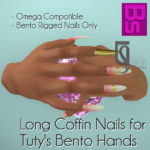 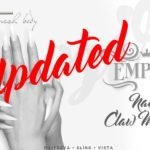 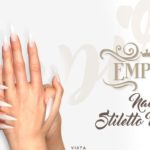 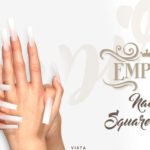 Altamura
Altamura has redone their Aggie Meshes in a combined package with both Head and Body
http://slpoweredbyomega.com/instructions/instructions-for-altamura/

Dev Muscles
Dev Muscle has added a new Subtle Muscle Mesh for Ladies. It hits a niche not really hit before:
http://slpoweredbyomega.com/instructions/omega-applier-system-kit-for-dev-muscle-bodies/

Nardcotix
Nardcotix has released their Mesh Body for men!
http://slpoweredbyomega.com/instructions/instructions-nx-nardcotix/

Soul Kissers:
Soul has updated their Kissers! Grab an Update if you got them!
https://soulsl.com/2017/04/22/soul-kissers-update/

V-Tech
V-Tech Keeps improving their Male Mesh Plate for Maitreya. If you have this mesh, make sure you grab an update, it now includes more of the shoulders and torso for a more boyish look.
http://slpoweredbyomega.com/supported-meshes/osk-v-tech/ 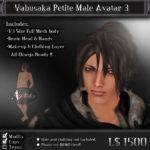 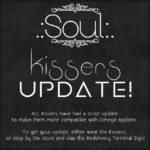 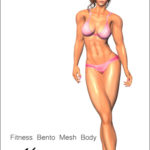 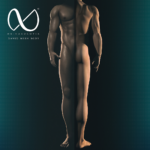 Alaskametro LiveSteam:
Ok this one isn’t MY website update.. but Alaska has been doing Live Streams walking you through the entire applier creation process, starting with texture creation all the way through HUD creation! It was a great a Stream, I know I learned a few things.
https://www.youtube.com/alaskametrosl 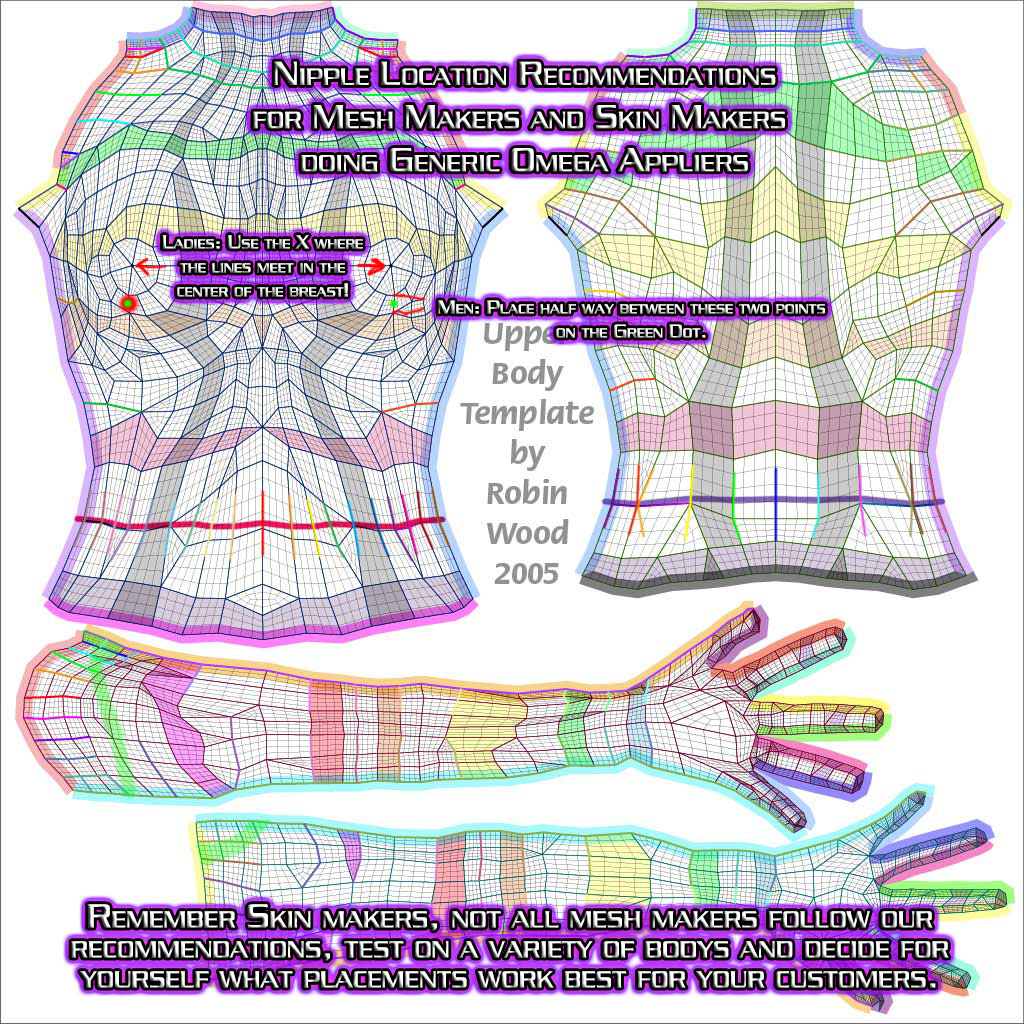 Available Rentals
The sim has undergone a bit of remodeling. No more ugly roads I made myself and the layout has received some minor tweaks. I’ve also gone through and kicked all the overdues! So we have space! Spots range from 20prim/100L/wk for a small stall to 1300prim/1600L a week for an entire parcel.
Check out our Available Rentals Here!

Kids Area: Maybe I’m not marketing it well, but no one is taking advantage of the UBER cheap spots up in the Kids Area!
Have your Omega Friendly Kids clothing RIGHT next to the Kids Kits for as little as 25L a Spot:
http://maps.secondlife.com/secondlife/Glamour%20Isle/175/224/1109
(Kids Stuff ONLY. If it’s not glaringly marketed at Kid Avis, it goes downstairs with everyone else!)

Well, that’s it for this month!
Be good my lovelies!

(If you think I missed something, do let me know, I’ll get it into next months!)

Get the latest news (more then Once a month!) by following us: