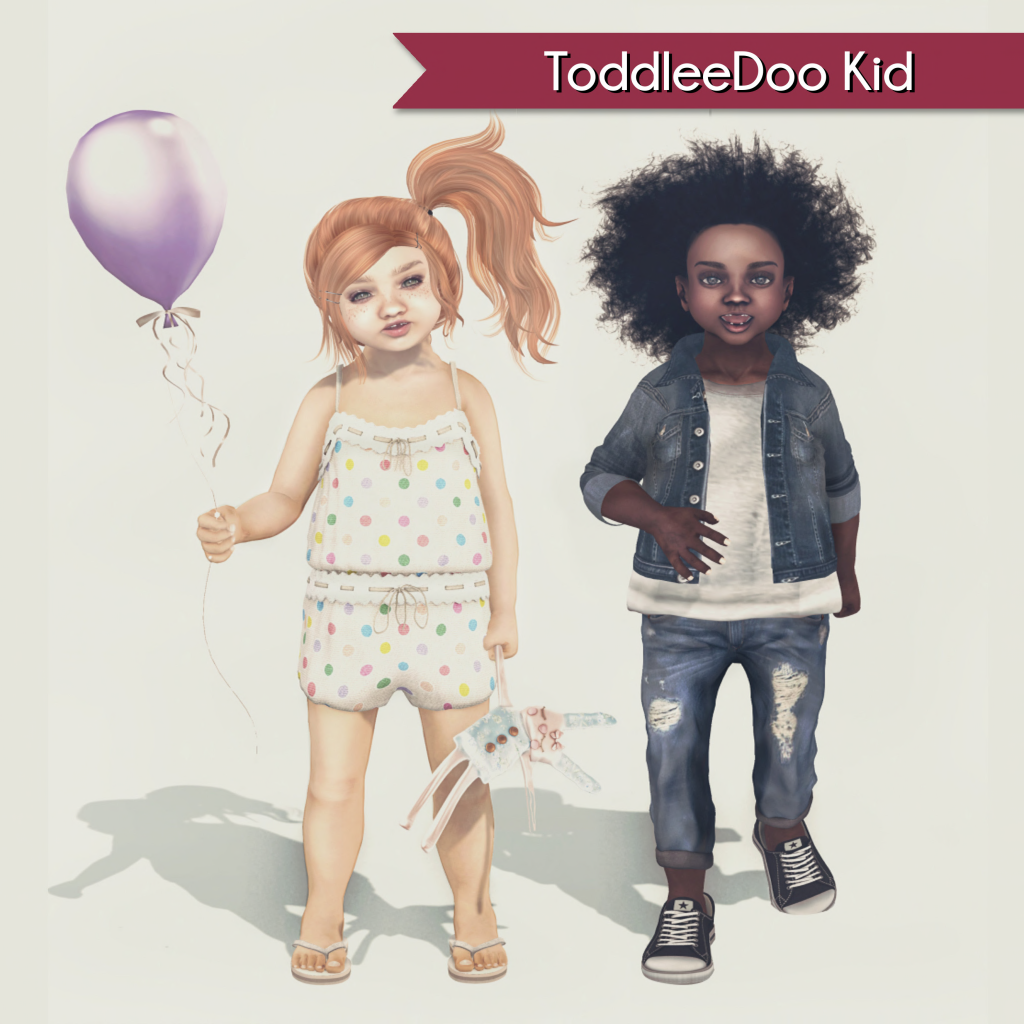 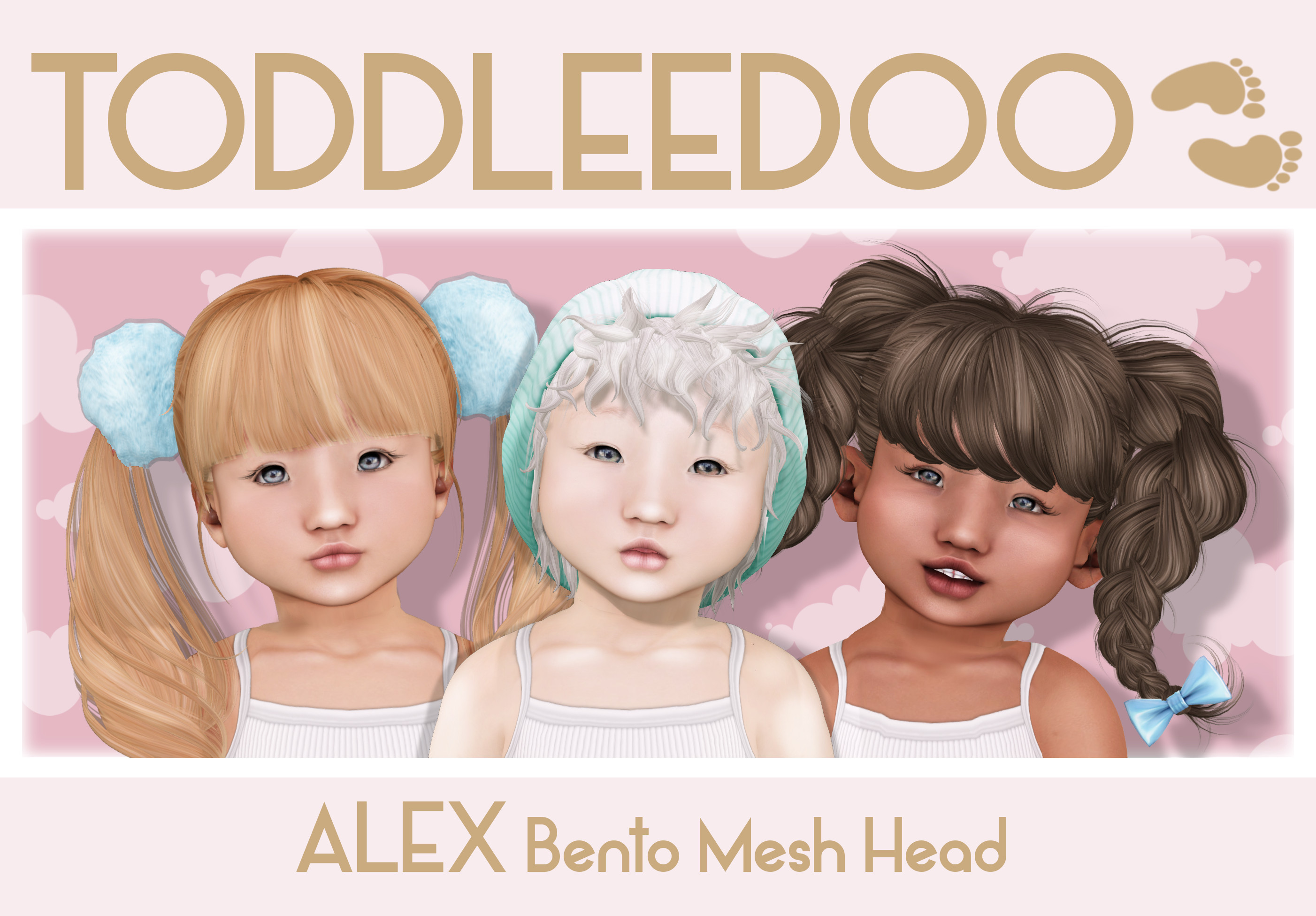 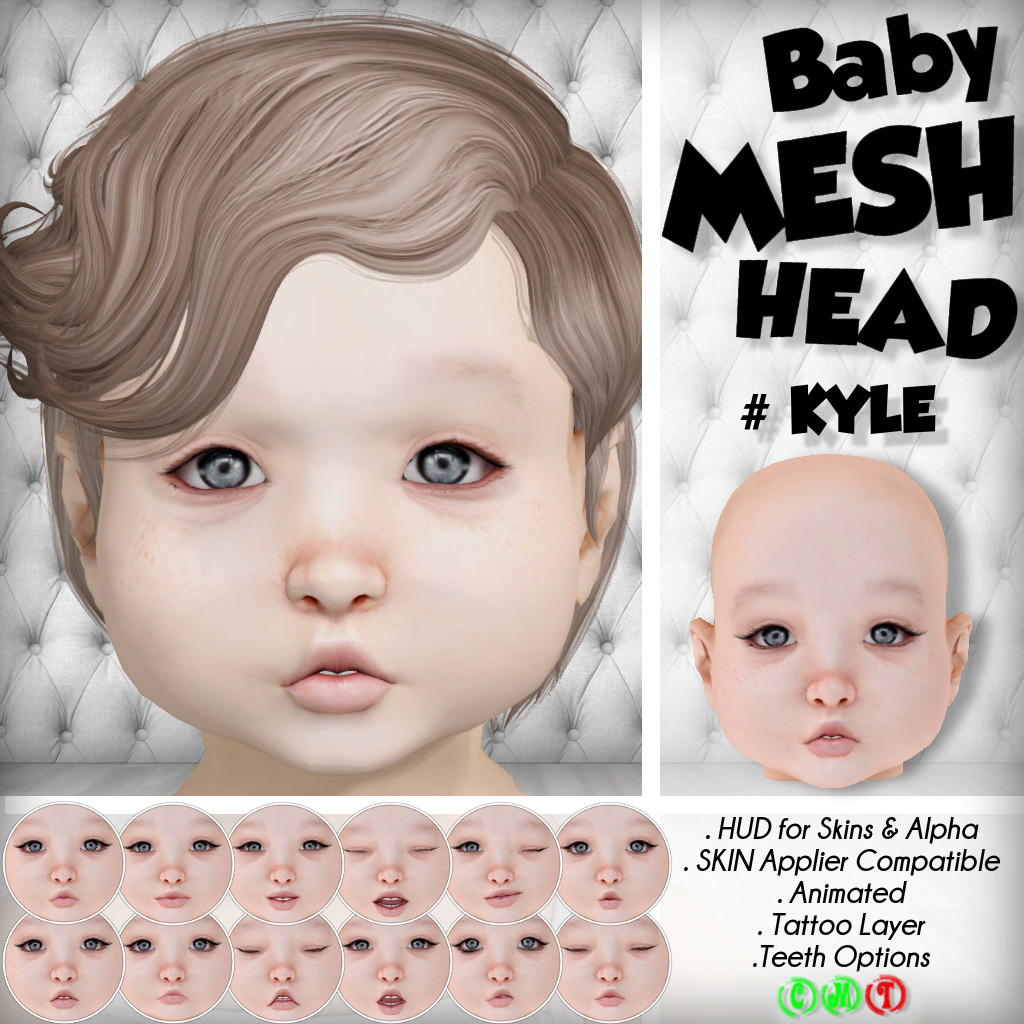 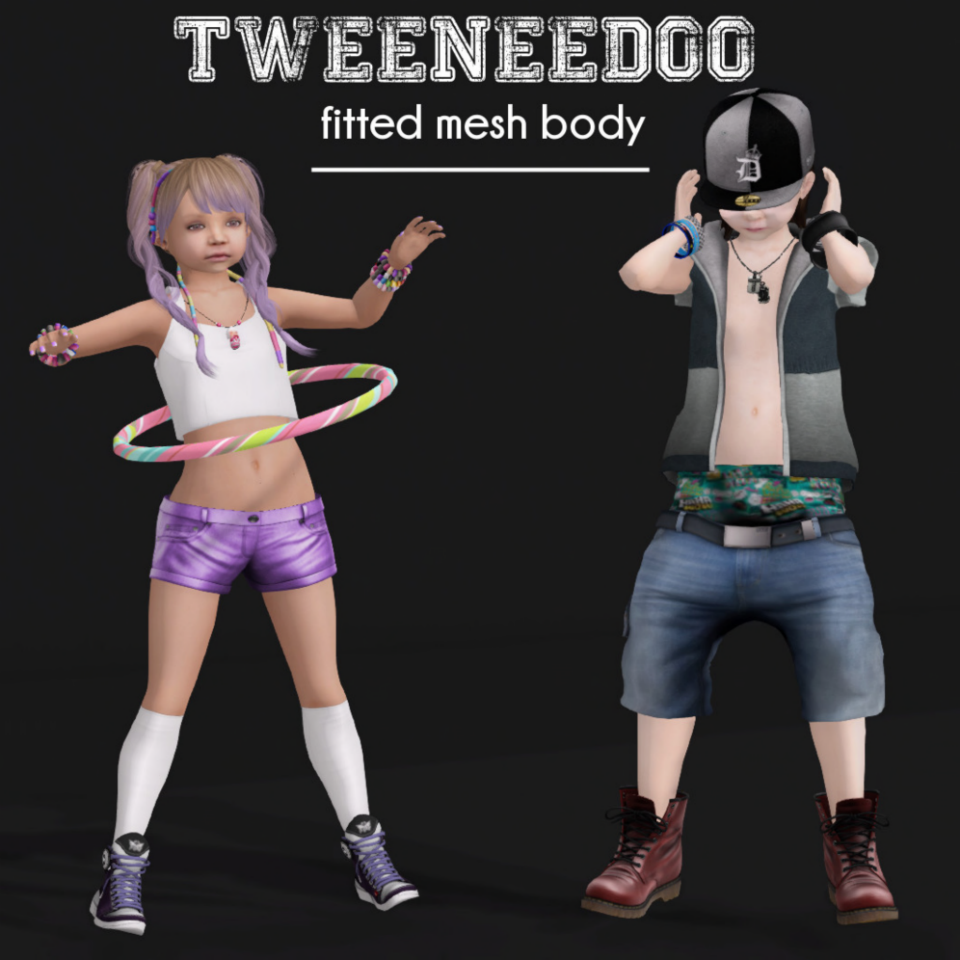 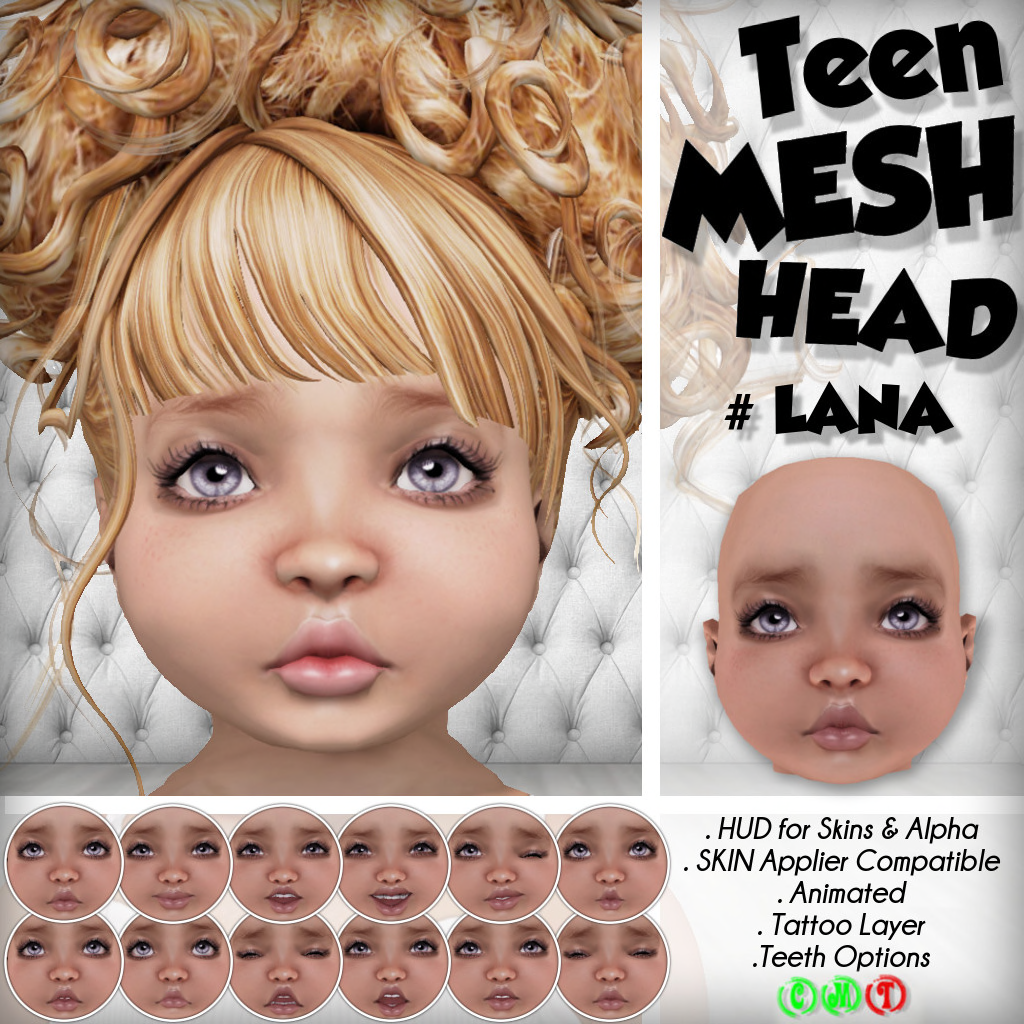 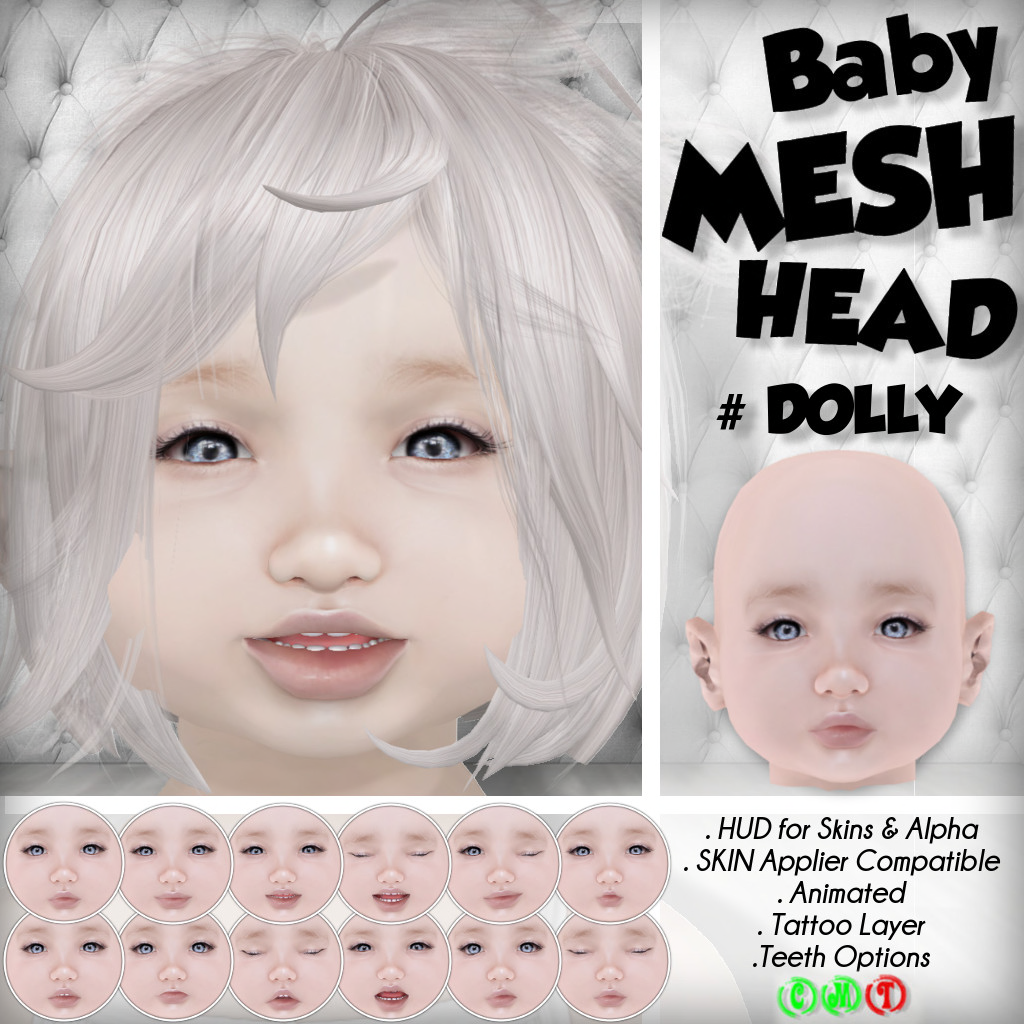 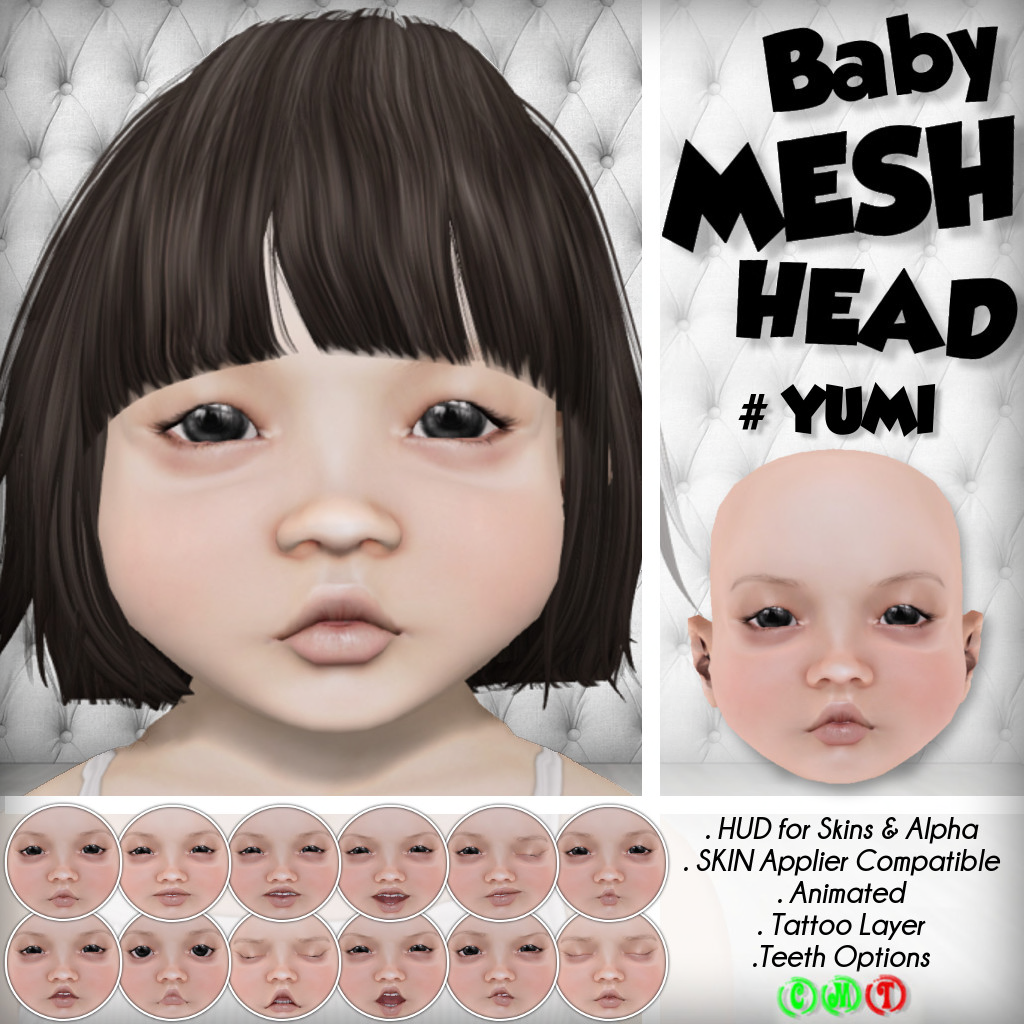 This kit is designed to allow you to use your tango and phat azz clothing with the Toddleedoo  meshes! While there are some limitations, it should greatly expand your selection of skin, nail, makeup and clothing options ^.^
Toddleedoo Bodys

Step One:  Getting Omega Appliers to work.

Once this is done, your Toddleedoo mesh body should respond to  Omega Appliers.

Note:   You will have to keep using the HUD that Toddleedoo gave you to set transparency. Using a clothing applier will NOT automatically make that layer visible.

About the Layers: For Appliers, we have assigned Pants/Top to “looser”, Undies/Bra to “skinny” and Upper/Lower Tatts to “Socks” and “Gloves”.

About the Nails: While we’ve had some luck getting nails to line up, the UV still isn’t MEANT for Omega. We’ve forced it through the power of REPEATS AND OFFSETS.
So expect wonkiness out of Omega Appliers.

Step One: Wear your ToddleeDoo Mesh Head
Step Two:  Attach the “Omega System Relay – TD Heads”.
Step Three: Use your Head, Head Tatt, or Eye Omega Applier.
Important: Not all TD Heads have a Tattoo Layer. Tattoo Appliers will only work on Heads that Do.

This head will only respond to Tattoo or “All Zones” Buttons. On makeup and cosmetic appliers, look for buttons labeled “Tattoo”, “T”, “All Zones” or “A”. Usually this is at the bottom of the applier.

Now what? Getting Started with Omega: Huds, Shopping and Applier Conversion

Is there a Neck Blender?

Does it come with Eyes?
There are Omega Friendly eyes included with select meshes. If you need eyes that take Omega Appliers, you can get some here:
https://marketplace.secondlife.com/p/Omega-Mesh-Eye-Kit/6277728

The Nails aren’t Working!
The nails work, but the mapping is a little different then most Omega Nails. We get it as close as possible with repeats/offsets/rot, but further tweaking may be needed.

Is there a Demo?
Yes! For Body Only: https://marketplace.secondlife.com/p/ToddleeDoo-DEMO/8876585

How Much is the Mesh?
Bodys: 550L
Heads: Varies

Where Can I get the Kit?
On the MP: https://marketplace.secondlife.com/p/Omega-System-Kit-for-Toddleedoo/6531446
Inworld: http://maps.secondlife.com/secondlife/Omega%20Solutions/133/106/23

I still need help with this mesh/kit!
If your issue is Omega Related:

If your issue is NOT Omega Related, try the following:

Remember when asking for help in ANY support group to be polite and specific with your query. For best results, do not open with “hi” or “can someone help me?” but instead open with an explanation of the problem.

Response rate varies based on who is online and what they know, so be patient. Sometimes you can get a delayed response, and sometimes there’s simply not someone online with an answer to your specific question. In this case, try one of the other support groups/options or come back later and try again when more or different people are around.

If you’re not sure if the problem is Omega, don’t stress, just try any of the above support options. If nothing else, they can help you sort out if it’s an Omega problem or something else.

One thought on “OSK – Toddleedoo”