One of the goals of Omega was to make sure the wide array of appliers already available on the market were not lost forever. Dispite being out of Bussiness, phat azz has a huge collection of appliers available, a fact that other bootys have taken advantage of by making sure their appliers will read Phat Azz Config Cards, and Omega has done the Same.

As a result, Omega-Lower Body, Phat Azz, Banned and Perfect all use the same Notecards and they can be swapped between the appliers freely. Additionally Ghetto Booty appliers will read a Phat Azz NC and Sking has a converter available for them as well.

Of course, you’ll want to convert them to Omega-Lower Body. 😀

First, you’re going to rez the applier you want to convert. This is your source applier.

Inside it you’ll see two items, a notecard and a script. It may look something like this: 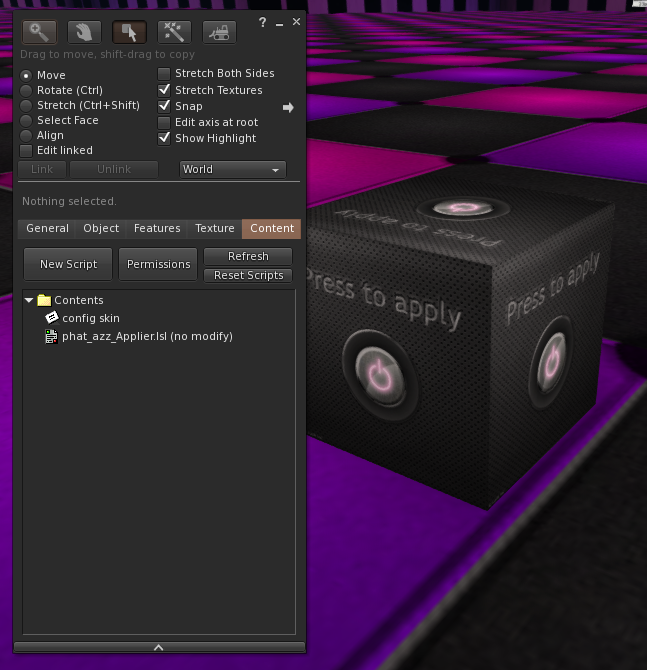 You need to take that Notecard into your inventory. Simply take it and drag it from the applier into the folder holding your outfit. Got it? Good!

Next you’re going to rez an Omega Applier on the ground. For Clothing, you want to rez a Combo Bottom applier. If it is skin, rez a Omega Legs Applier. This is your destination applier

Open it up, and inside you’ll again find two items, a Notecard and a Script. 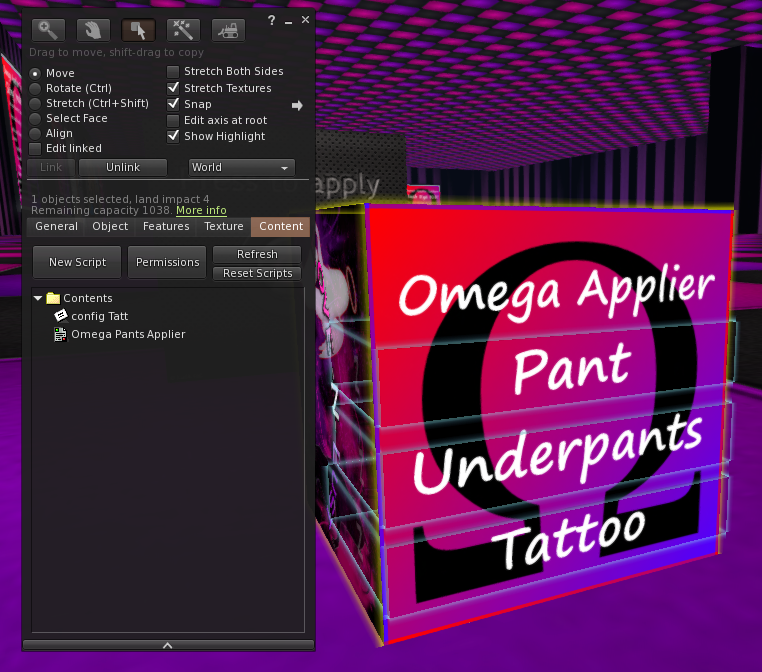 This time, you’re going to delete the Notecard so only the script remains. 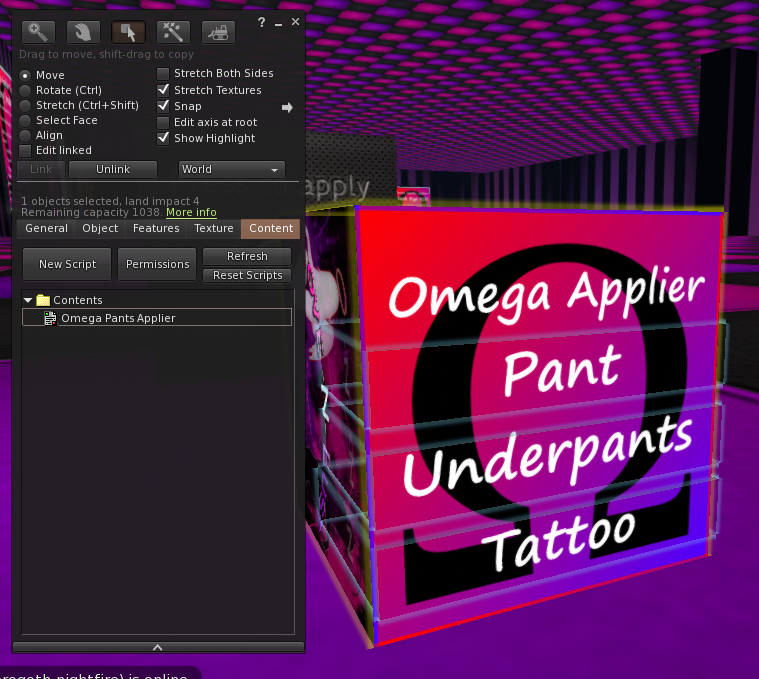 Then, you’re going to drag the Notecard you pulled out of your source applier into your Omega Applier. 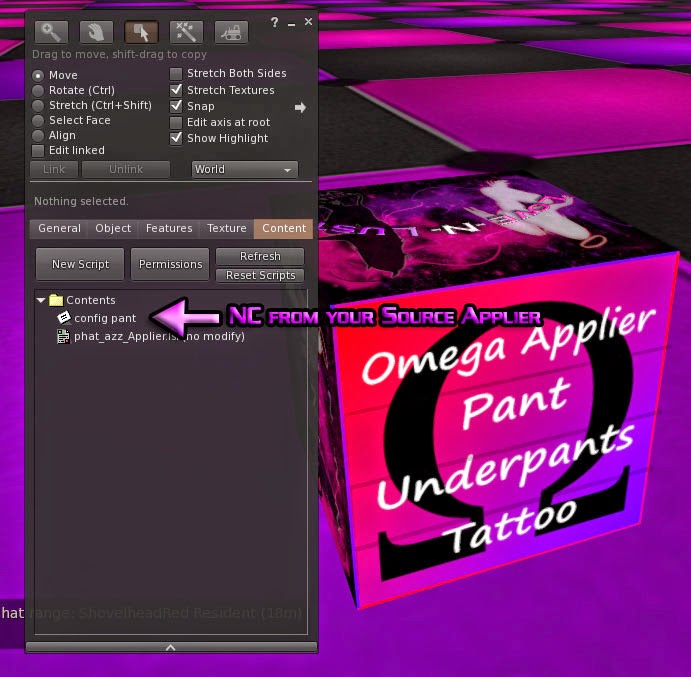 With that done, rename your new Omega Applier something that makes sense, pick it up and wear it.