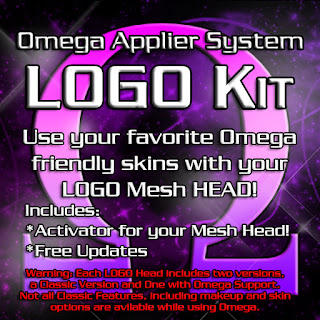 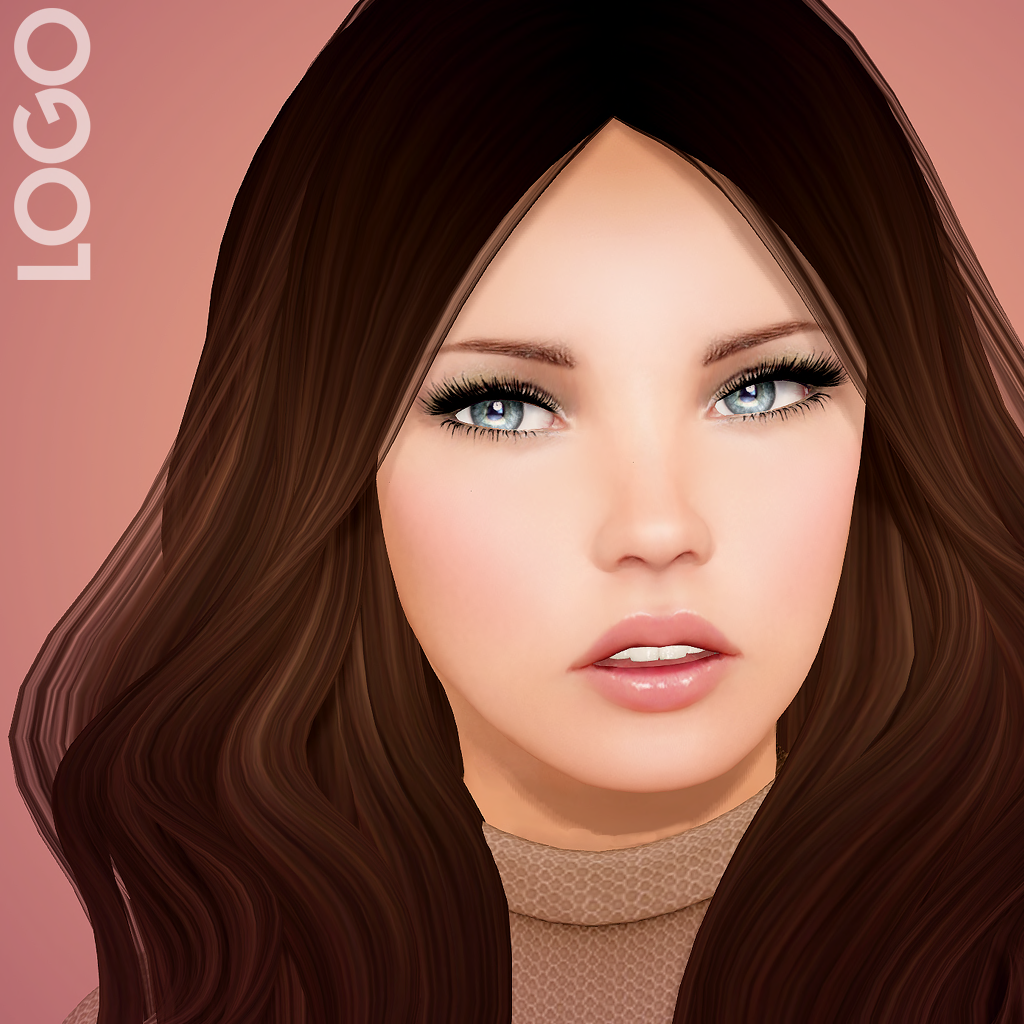 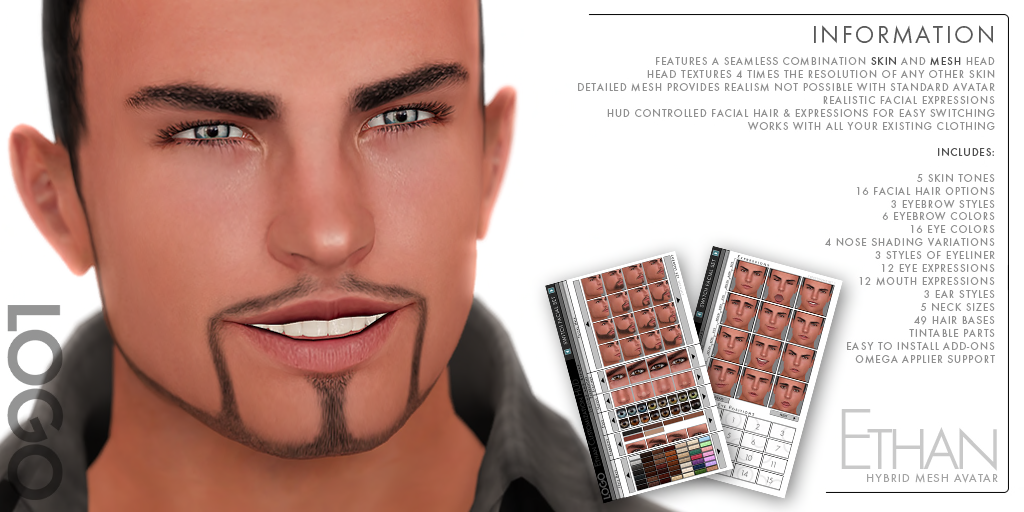 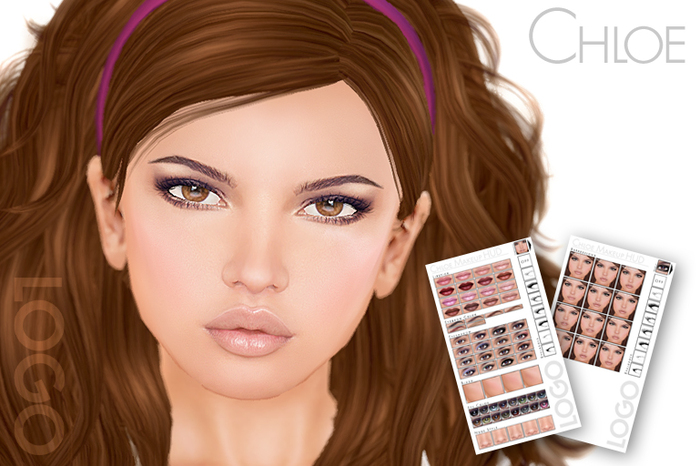 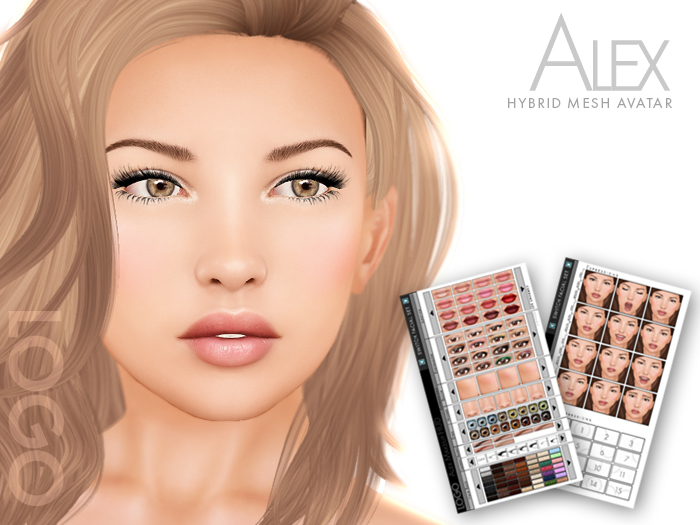 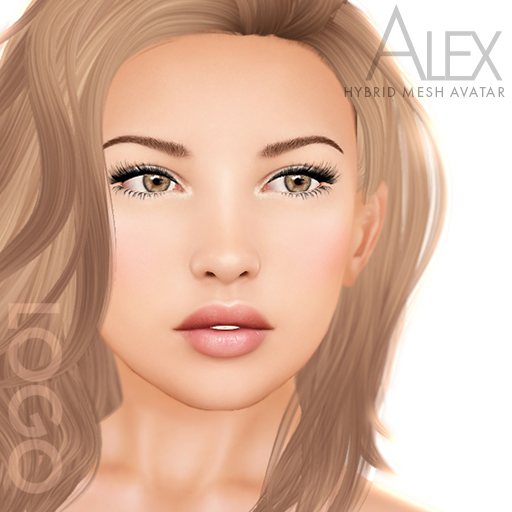 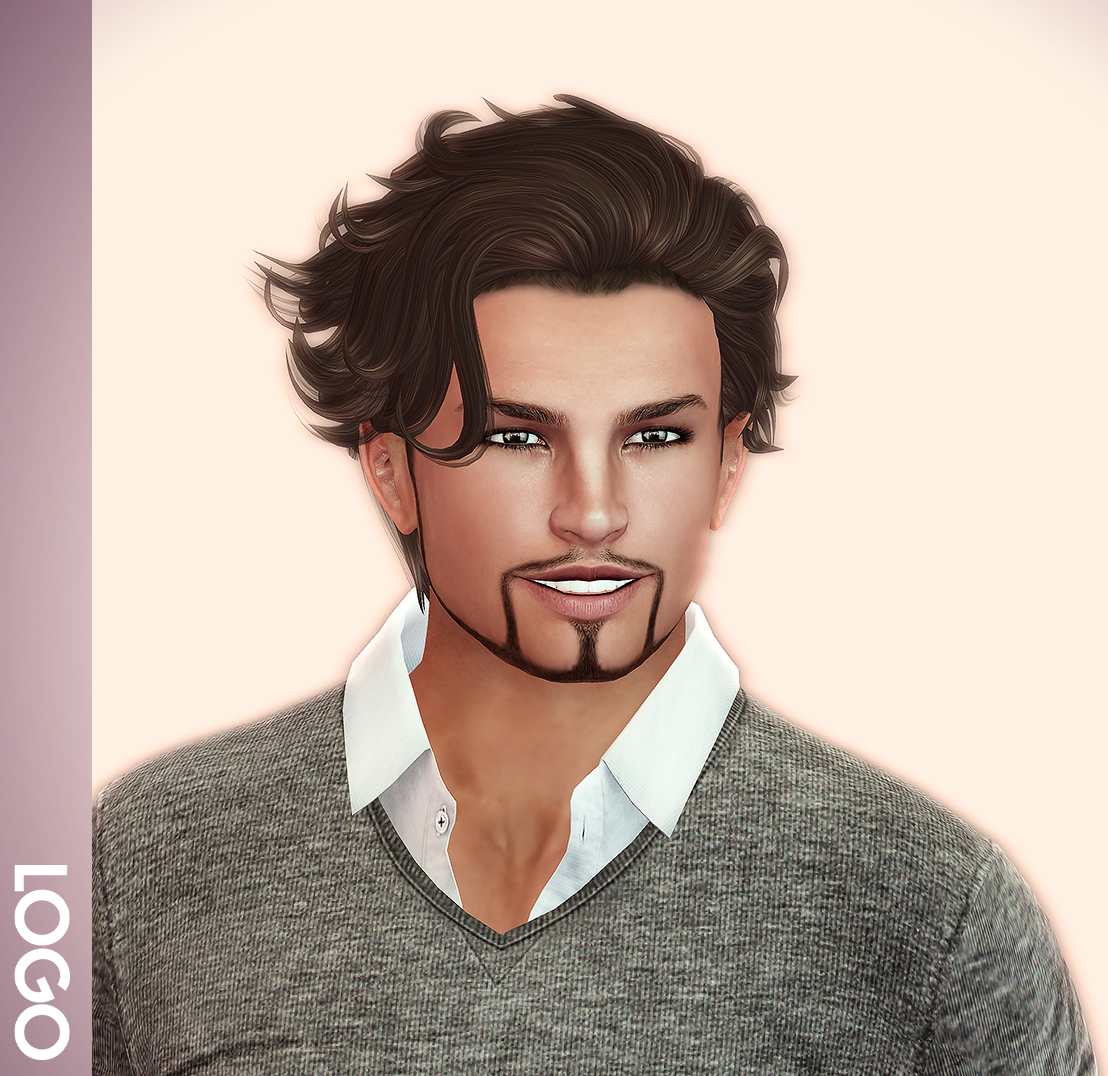 LOGO has now updated all their of their Mesh heads to
include a 2nd, Omega Friendly Head! How cool is that?
Update: Logo now has a 4 head, and this one is for the Gents!
The Details:
Omega Kit Type:

Is it Modify
no
Is it Fitted?

Other Notes:
The head has two versions. One is the older version and has all his skin and makeup options.
The other is the Omega Version which does not support his huds. As such, you will NOT be able to use his makeups and other options at the same time as using an Omega skin!

Is there a Demo?
yes!
Where can I get it?
How Much is it?
Where Can I get the Kit?
On the MP:  https://marketplace.secondlife.com/p/Omega-System-Kit-LOGO/7431163

See what others are saying: